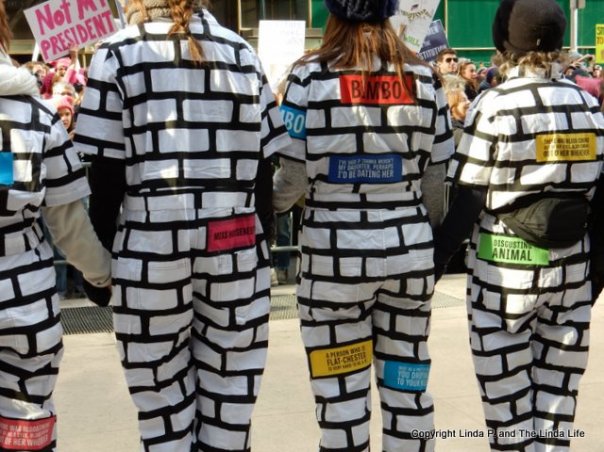 Early reports estimate that 120,000  attended the 2018 Women’s March in New York City, less than a third of last year’s turnout, but the ideals and anger were no less powerful. 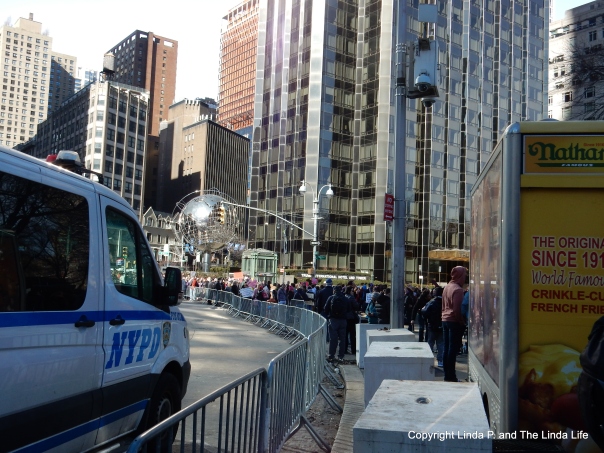 It was ironic that I exited the subway right across the street from a Trump hotel. The irony continues: this hotel has a mini-Unisphere in front of it. The Unisphere is the de-facto symbol of the New York City borough of Queens, where I had just come in from. Where Trump was born and raised. Queens overwhelmingly voted against him. 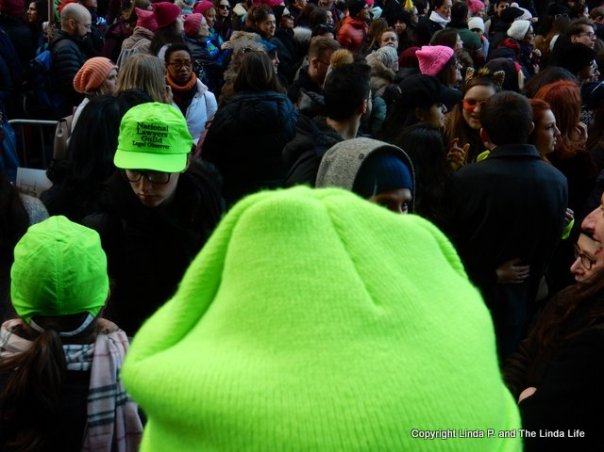 I stood with the throngs at first but could barely hear the speakers so I made my way to the periphery, where I could take it all in. 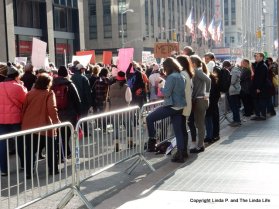 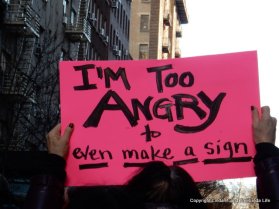 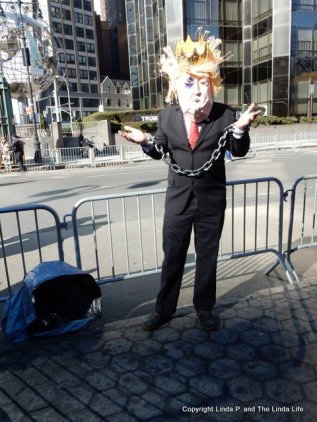 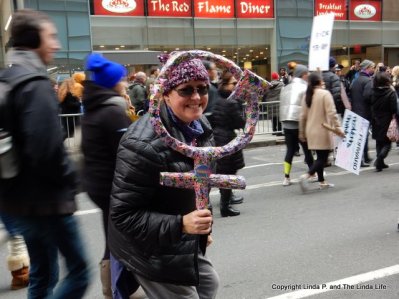 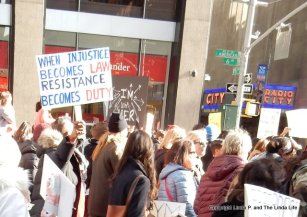 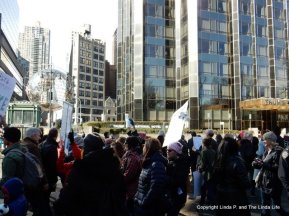 While women’s equality was the prevalent theme, a myriad of other issues were addressed.

My heart sank every time I saw a #MeToo sign. Surely, the person holding that sign suffered – and survived – some sort of abuse. And here she was, telling the world when not too long ago, “telling” was advised against. 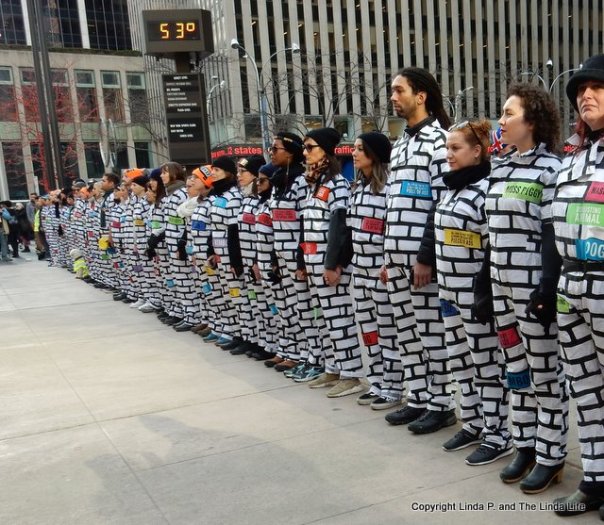 The provocative Brick by Brick was there, stoically lined up in their brick-patterned jumpsuits with revolting Trump quotes. I literally gasped when I saw them; it was that powerful.

There was little to no media coverage of the upcoming march but the police department still prepared: loads of cops and barricades. I felt like we were being corralled; you could only enter or exit the march at a couple of spots and at the end, you could only walk in one of two directions. Perfect dispersal, but pretty anticlimactic. 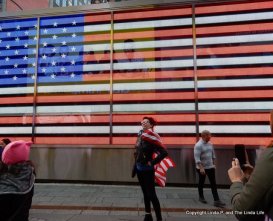 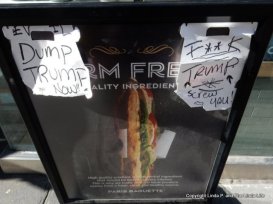 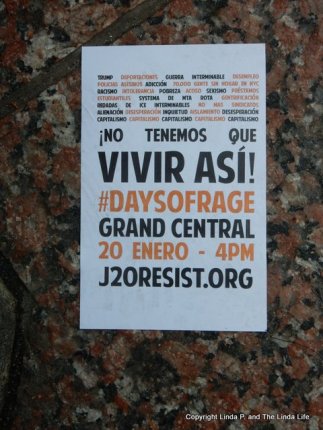 Still not silent, many participants wandered around the area. Some went to Times Square, some stood at the barricades cheering on the marchers. While the cops were friendly and helpful, I do believe that the leadership’s intention was to keep us from taking over the city as we did last year.

9 thoughts on “Still Not Silent: Scenes from the Second (Annual?) Women’s March” 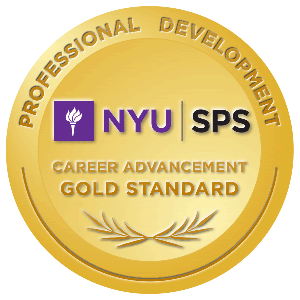